Introducing Season 4: The Year of Impact

A Letter from Co-Founders Kaily Smith Westbrook and Randi Kleiner

SeriesFest was born out of the desire to create a platform, a community and a marketplace for independent television. Over the past four years, SeriesFest has become much more. It has grown from a three day festival to a year-round organization where artists support other artists; where students and professionals can learn and grow; where discovery happens; and where new voices and storytellers have found a home. As our team was programming for Season 4, we discovered a shift unlike any other year. We discovered a demand for content with a focus on authenticity and truth. Authenticity in the way diverse groups are represented on screen and behind the camera, and truth about the many issues that we face in our country and around the world. In everyday life, people have lost patience, are unafraid to settle for the alternatives, fueled by passion, and are more determined than ever to achieve a greater good.

At SeriesFest, we believe it is our responsibility to embrace and elevate these diverse voices, opinions and perspectives. To applaud these powerful stories, SeriesFest is dedicating Season 4 to artists that are leveraging content as a catalyst for action. From our Virtual Reality focus on environmental conservation to in-depth conversations about inclusion in entertainment to eco-friendly companies that use recycled materials for our merchandise and badges, SeriesFest’s “Year of Impact” programming will explore truth and change in real life and on screen. 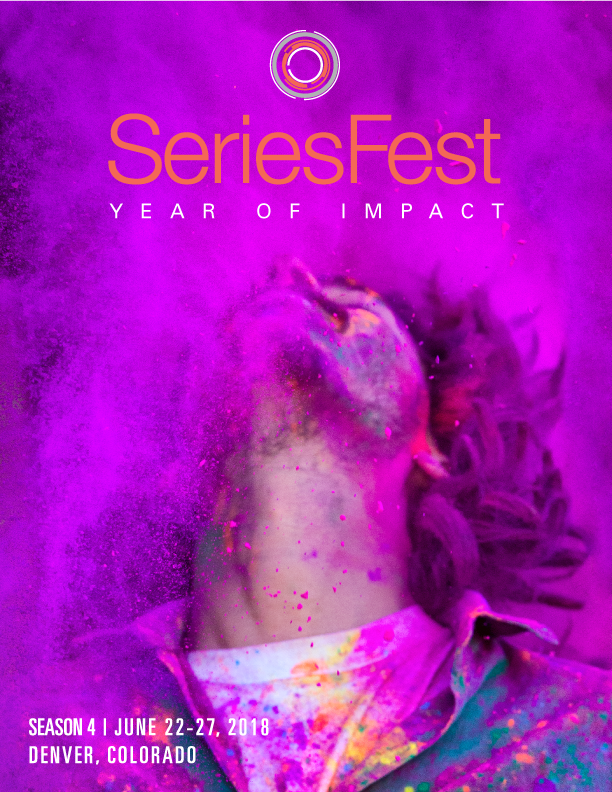 With all the discussion about diversity and inclusion, it seems one group is often left out of the conversation. Persons with Disabilities (PWDs) represent the largest community in the US, encompassing every race, creed, nationality, age and gender. And yet, PWDs reflect only 1% of the representation on film and television with very few writers, directors, producers and production crew represented as well. Join this panel of entertainment industry panelists, including agents, casting directors, writers and actors who are leading the charge and influencing Hollywood to be inclusive of disability.

Who Runs The Show? Women.

Presented in partnership with Stephen's College

In contrast with the film industry, women’s voices have enjoyed more representation in television over the years. Yet, there is still more work to be done. Join us for an in depth discussion with leading female showrunners focusing on their role from start to finish, breaking the glass ceiling, and what its like to helm the ship. In addition, panelist Jessika Borsiczky will announce the recipient of the Jan Marino Scholarship.*

Originally thought of as a gaming industry, VR has quickly outgrown its commercial roots. With immersive experiences being applied to elevate storytelling and create a social impact, virtual reality now allows audiences to explore global issues in an interactive setting. Join us we discuss how Virtual Reality is igniting change around the world.

Presented in partnership with NAMIC-Denver

Despite a slightly more diverse list of nominees and winners for the 2018 award season, lack of racial and cultural diversity and complexity in entertainment continues to dictate character casting, storytelling and overall long-term media success. The Denver Chapter of the National Association for Multi-Ethnicity In Communications (NAMIC), is shining the spotlight on diversity inclusion as more than just casting. This panel will focus on the diversity pendulum swing in Hollywood and TV, and discuss how creators can represent history objectively and our society accurately as it relates to diversity.

SeriesFest and 21st Century Fox Global Inclusion are proud to present our second annual Pitch-A-Thon! As part of our Year of Impact, the Pitch-a-thon will focus on inclusion by highlighting creators with diverse backgrounds. Here’s how it works: Independent Content Creators will have the opportunity participate in an exclusive live pitch session with top television, new media and digital execs in hopes of moving their projects – and careers – forward. 10-14 projects will be grouped in threes according to genre (drama or comedy). Each Creator will have five minutes to pitch. An industry panel of experts seated on stage will then have 7 minutes to give their feedback to each group. The Best Pitch will be awarded a cash prize of $1,000!

Cartoon Network's Craig on the Creek

Sponsored by NAMIC (in partnership with Boys & Girls Club)

Craig of the Creek follows the precocious Craig as he leads his best friends J.P. and Kelsey on fun adventures at their neighborhood creek, transforming everyday afternoons into thrilling expeditions through imaginative play.

Doctors Without Borders piece "Mohammed and Ismail’s Journey: A Story from the Rohingya Exodus"

Imagine Dragons’ frontman Dan Reynolds comes to a crossroads when he witnesses fellow members of the Mormon church spurned due to their sexual orientation. Since 2008, teen suicide rates in Utah have skyrocketed, which many people attribute to the Mormon church’s official stance regarding same-sex relationships. Director Don Argott follows Dan and openly gay former Mormon Tyler Glenn, lead singer of Neon Trees, as they decide to create LoveLoud, a music and spoken-word festival designed to spark dialogue between the church and members of the LGBTQ community.